In this user story, we talk with Simon McKenzie, eLearning Manager at Faith Lutheran College, about how he’s using visual learning inside and outside the classroom – and the effect it’s having on education.

Across the globe, technology has changed the way students learn and the way educators teach. The growing use of technology inside and outside the classroom is dramatically shaping the educational process.

Some might assume most longtime educators are dragging their feet. But they’d be wrong.

A recent study highlights educators’ feelings of goodwill toward technological innovation. The 2011 study, conducted by CompTIA, surveyed 500 educators across the United States. The study found that the number one catalyst behind technology purchases by schools is the desire to improve the overall educational experience for students.

The research uncovered that 78 percent of teachers believe technology has positively impacted the classroom and student productivity.

Piktochart user Simon McKenzie raises his hand for technology in the classroom. Simon is the eLearning Manager at Faith Lutheran College located in Tanunda in South Australia. He aims to become a known figure in the world of educational technology and share his knowledge with other educators.

“The reality is that high school students today are predisposed, some might say even pre-programmed, to being strongly visual learners,” explained Simon. “Handheld devices such as smartphones and iPads have virtually become an extension of self, inextricably bonded to the user. Educators need to accept and accommodate this fact both by teaching the skills of visual literacy and by creating appealing visual resources to enhance student learning.”

When Simon attended grade school in the 1960s, he remembers what he calls the old-fashioned “chalk and talk” lectures.

“Late career teachers such as myself were educated this way,” he recalls. “This paradigm should be long dead, but regrettably it still lives on in far too many classrooms. This is despite the fact that research suggests that a lecture only holds a modern student’s attention for around 40 percent of the time.” 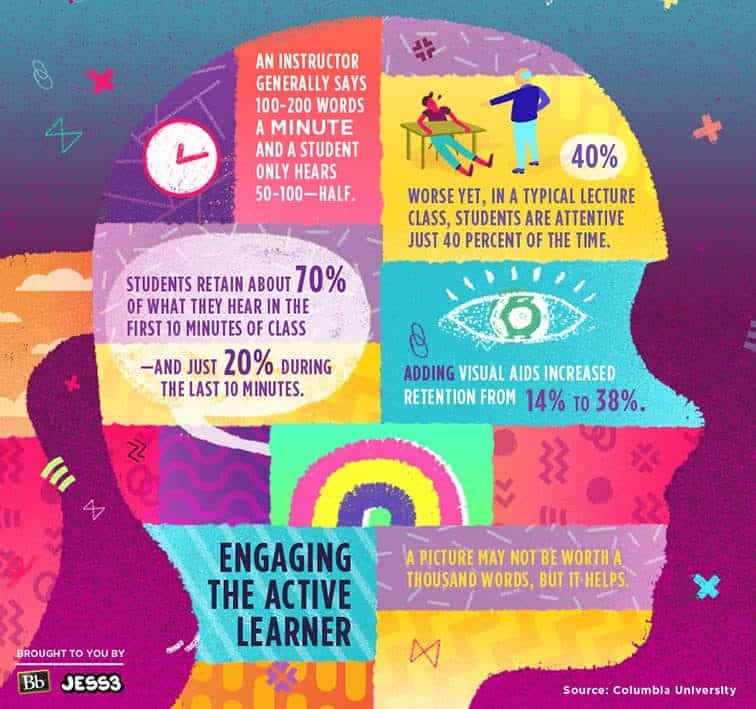 Simon believes his students’ greatest learnings and feelings of achievement come from the creation of visual content. He employs a range of visual applications in his teaching, and whenever possible, he encourages students to demonstrate their learning by creating visual content as well.

After time spent bringing technology into the classroom, Simon points to 2 tools he thinks have changed the game for his students:

In 2012, Simon was proud to become the very first international guru of the Haiku Deck presentation app.  Haiku Deck is new kind of presentation software that aims to make telling your story simple, beautiful, and fun.

Simon’s most popular presentation made with Haiku Deck is “The New Mind Set.” The presentation has nearly 17,000 views and counting! The deck was used for a presentation to a group of 70 high school teachers with the aim to excite teachers to adopt a new approach to technology integration.

Simon says he has found Piktochart to be exceedingly simple for his students to learn. In a recent interview with Australian Teacher Magazine, Simon said Easel.ly, Visualize.me and Google Drawings are all great options, but Piktochart remains his go-to tool.

“I can testify to the fact that students also know, intuitively, how to unlock its possibilities. As a Senior History teacher I operate in what is frequently, and inevitably, a “content heavy” classroom. Whilst my emphasis is largely upon developing analytical skills, students still need to build a strong knowledge base, and Piktochart is a great ally in this area.”

Simon has learned that a visual aid can significantly increase student retention. Below is a visual aid he made on Piktochart to help students to easily recall the principal causes of World War I: 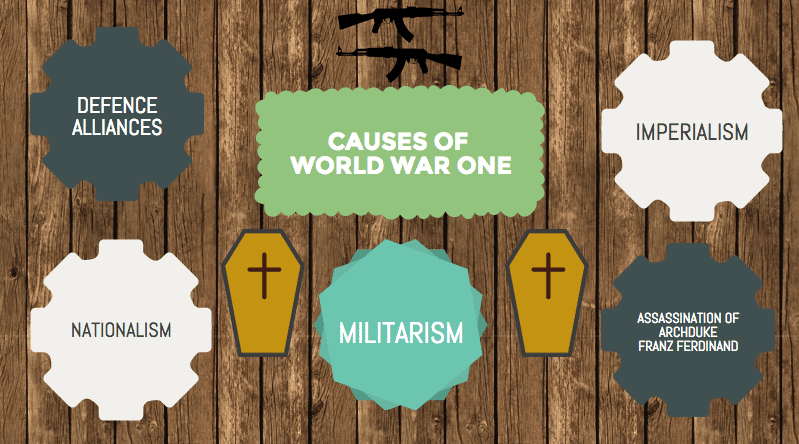 Employing Visual Communication Outside The Classroom

For Simon, the use of visual communication tools are not limited just to classroom applications. As the eLearning Manager at his Australian school, he is responsible for overseeing a range of IT-related matters. In this role, he began to notice how often the IT technicians were called upon by educators to assist with the simplest of technology challenges.

“Most of these difficulties were in reality just a consequence of the eParalysis that continues to strike so many teachers,” he said.

Simon created what he calls the “Five Before IT” to remind staff that they might be able to solve some minor issues themselves. After showing it to his colleagues, the school adopted the graphic. Copies of this graphic can now been found throughout the school ― in classrooms, offices, and even in the staff lunch room.

“I’m pleased to report that with a simple visual created in Piktochart we have now all but removed the tendency to hit that panic button,” he said. 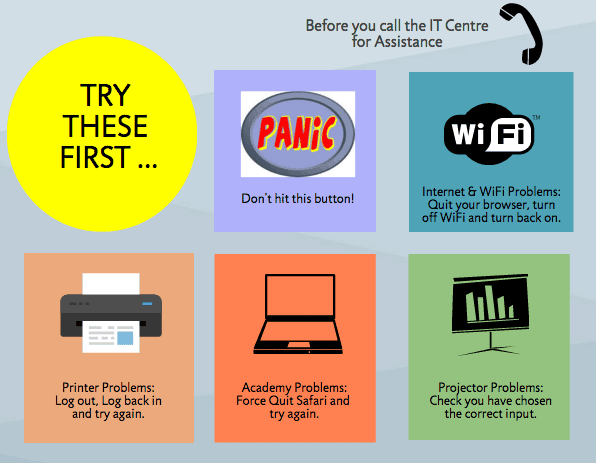 When Simon teaches other educators at professional learning sessions, he again looks to Piktochart to create simple, easy-to-read takeaways. Here is an example of one of Simon’s takeaway visuals from a session covering the “8 Characteristics of Connected Educators” based on the work of Tom Whitby and Steven Anderson.

Simon expects 2016 will be a monumental year for Faith Lutheran College. He will be overseeing the first stages of a transition to laptop-only use in the school.

“Piktochart, being web-based, will continue to be a key application in my range of favorite educational technology tools,” he says. “I am convinced that infographics will continue to grow in popularity. The sheer amount of information now available online needs to be converted into compact, student-friendly parcels and these tools are the way forward.” 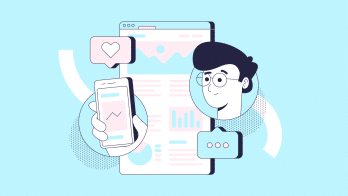 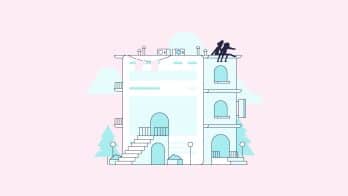 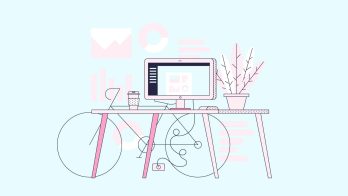