Startup culture is at the center of attention recently thanks to more companies making an attempt at being more transparent about the culture within their startup. But before we begin talking about what separates a good company culture from a great one, let’s dispel some myths about startup culture.

A startup culture is more than having free food and ping pong tables. Moz highlights three essential elements that are important in a startup. They are strong core values, a well-defined mission, and a talent strategy that’s followed to the letter.

I’ll be reviewing some of the best TEDx Talks that are focused on startup cultures. We’ll get a firsthand view from CEOs, engineers, and the other folks who have experienced starting million dollar companies using startup cultures.

Strengthen internal communications with eye-catching yet informational infographics. Piktochart offers professional visuals for creating presentations, reports, infographics, and more. Visualize your startup’s core values by customizing a template with your brand assets. Get started for free.

1. How to Build a Billion Dollar App? By George Berkowski

George Berkowski is a seasoned entrepreneur. He has built businesses in manned space flight, online dating, and transportation. He’s someone who has experience in building great companies.

In this TEDx Talk, Berkowski gives us exclusive access to the secrets behind successful app businesses that have achieved billion-dollar success.

What’s interesting is that he mentioned that the people in his talk aren’t different than anyone else. Rather, the difference is in the path they took to get where they are.

Perseverance is something most of these companies have in common. It’s embedded in their culture. It’s one of the keys to build a successful company.

In fact, many of the billion dollar apps that we know today didn’t succeeded in their first attempt. WhatsApp started out as a status sharing app because the founder wanted to tell the world he was busy and couldn’t respond.

Berkowski also shared that it’s more about the execution. It’s important to create something that can work better. Apps shouldn’t just be a me too product; rather, they should do something better than any of the other apps available.

2. Playing Nicely with Fellow Entrepreneurs Pays Off by Jacqueline Jensen

As a co-founder and COO, Jacqueline Jensen learned a great deal about how to run a startup. One of her most important lessons: connections are vital.

If your startup have a reputation of playing nice and wanting to fit into the culture (as opposed to doing things “your way” and stepping on the toes and backs of others to get ahead), you’re more likely to find success, particularly with other entrepreneurs and investors.

Toli Lerios spoke about the startup culture from a different viewpoint. Lerios has over 20 years in Silicon Valley as a software engineer.

He shared that what motivates engineers is more than just their salary. It’s things like equity in the form of shares, stock options (i.e. the right to buy the stock at a lower than market price) or more creative means like profit-sharing, are commonly mentioned performance rewards that engineers look out for other than a salary. In fact, salary is peanuts compared to the equity that one would receive.

Regardless of which startups they work for, engineers need to feel that they are rewarded for the crucial role they play. It’s the safety net that they want and need.

Diego Molino is the co-founder of Ubiqua, a SaaS startup in Panama. In this TEDx Talk, Molino shares his views on how startups can create an environment of constant learning and continuous improvements.

The reason why few people are doing it is that they believe in the myth that only geniuses or creative people can do make a difference.

Molino shares some great points about culturing innovation in a startup. According to Molino, startups need these four things:

To ask why, and then ask why again.

Ask yourself: is your startup effective or efficient? Efficiency is doing things right, while being effective means doing the right things. A company can be effective first then try to be efficient later on.

To know the difference between being busy and being productive

Get out there and start talking to people. Innovation doesn’t happen inside. Go out and speak to your users.

Despite being only 17, Akshay Agarwal is a young entrepreneur and athefounder of two successful online ventures, Ukhadlo and ClassFever. In this talk, Agarwal shares about startup culture in India, and his key learnings can be applied everywhere.

We all know that there are more failures than successes in the startup field. Hard facts show that more than 80% fail in the first few years. Some of those failures can be attributed to:

However, according to Akshay, consumers play a role in why startups fail, too. These can be attributed to:

6. How the government can shape the startup culture by Jayesh Ranjan

Jayesh Ranjan, the owner of one of India’s largest startup incubators,  shares some insights on realizing the idea of a Silicon Valley in Telangana, India.

According to Ranjan, more than 90% of the technological breakthroughs are from startups. We can to look around our daily life and see how platforms like Uber, Facebook, and Amazon have changed our lives. They were once startups, and now we can’t imagine a day without them.

He reveals the importance of structured working and good infrastructure for true growth and encouragement of new ideas. He explains the government’s role in helping new entrepreneurs by creating T-HUB, an incubator facility that can house more than 800 people, when there wasn’t any other facilities like it in the country.

The government plays an important role in building the foundation when it comes to getting startups off the ground. Why? Because that is where most startups fail.

The incubator allows startups to pull the levers and compete with the big leagues by creating new opportunities. The incubator also helps realize startup dreams by partnering with them through every step, fostering a sense of community and creating a support network.

7. Don’t Start with the Solution by Eureka Foong

Eureka Foong, the former lead UX researcher at Piktochart, goes into detail about what hackathons can tell us about solving big problems. She tells us about the global growth of hackathons, as well as their drawbacks.

Hackathons serve two purposes in a startup environment. First, they can bring together to achieve a common goal and create camaraderie. Second, and perhaps more importantly, they can solve problems in dedicated burst of motivated, focused activity.

8. Why and how startups fail by Deepanshu Khandelwal

Deepanshu Khandelwal shares facts about startup culture and how they may lead to failure his TEDx talk. He suggests solutions and stresses on continuous innovation and establishment of a utility of ideas.

One reason why startups fail is that there is too much optimism. Copycat startups that have shown great potential have been given millions of dollars in investment capital. That has spoiled the startup economy.

That won’t work anymore. Today, there is a need to show the exact amount a startup will want to spend. In fact, the copycat ideas won’t work anymore, either. A startup needs to begin to show how different and innovative they are. If a startup owner has doubts, they won’t be able to justify investment in their company.

Khandelwal added that it’s good to have fear. A bit of fear is always good for success because fear allows innovation to improve the product. He also added that the product startup owners design must be useful for them. Will they use it every day? Just because your family will use it doesn’t equate to your potential customers using it. A methodology that he shared was “If you design a Samsung, will you still use an Apple?”

Another reason why startups fail is because the pace is changing. There is a need for a startup to innovate continuously and faster than ever before.

9. Why do Startups fail? by Bikash Barai

Bikash Barai is an expert in the fields of artificial intelligence, cognitive hacking, and social engineering. He was the founder of iViZ, which became one of the top 6 cloud-based security companies as recognized by the US Department of Homeland Security.

Despite working hard, over 90% of startups fail. Why is that?Barai thinks there are two main reasons. The first is execution. The second is IDEAS.

The key lesson he learned throughout his career was the importance of not searching for an idea but seeking out the problem.

“We all learn problem solving. What we don’t learn is problem finding”.

While problem solving is what we’re taught in school, finding a problem is a different path. Unfortunately, our society doesn’t educate us on how to do that. The next time you have a magnificent idea, figure out if you’re solving a significant problem.

A methodology that he used was

“We all want to be heroes. But to be a great hero, you need a great villain”.

Finding your villain is critical. There are no great ideas without great problems. Stop looking for an idea, and start looking for problems.

Dave Knox is chief marketing officer for Rockfish Interactive. Although his TEDx Talk that is six years old and focused on the idea of cultivating startup culture in Cincinnati, he has great ideas about developing a start-up culture that can be applied anywhere.

According to Dave, there is a need to developing a startup culture that focuses on:

The design is the heart of a great startup. That is the reason why Facebook did better. Their UI is better than Myspace. Facebook was able to solve a problem in a much simpler design.

After great design / UI comes a need for awareness. Awareness is what businesses need to share what it’s about.

Mentoring the next generation

Next is all about helping the next generation. It’s not about one idea and the history of ideas. This is on of the reasons why Silicon Valley is doing so well. Every city should have a mentoring program that can help foster innovation in the next generation.

There’s a great deal to learn when developing a great startup culture. A startup’s culture can make or break a company. If you’re in the process of building a new company, particularly one that’s focused on tech, I recommend you bookmark this article for future reference.

Don’t forget to share this piece with your friends who run startups to help them develop their startup’s culture.

With Piktochart, you can create a visual for all your startup desires from internal communications to marketing to sales pitch decks. Just create a free account and customize a template. Visualize processes, data, timelines, charts, and maps. Add your brand assets. Collaborate with a team to save rounds of editing. Export in PDF or PNG format.

Create a visual for all your startup desires from internal communications to marketing to sales pitch decks. Create presentations, reports, infographics, posters, and more. Add more icons, illustrations, graphs, and images. Customize color scheme with brand assets. Save rounds of editing with collaborative features. Get started for free. 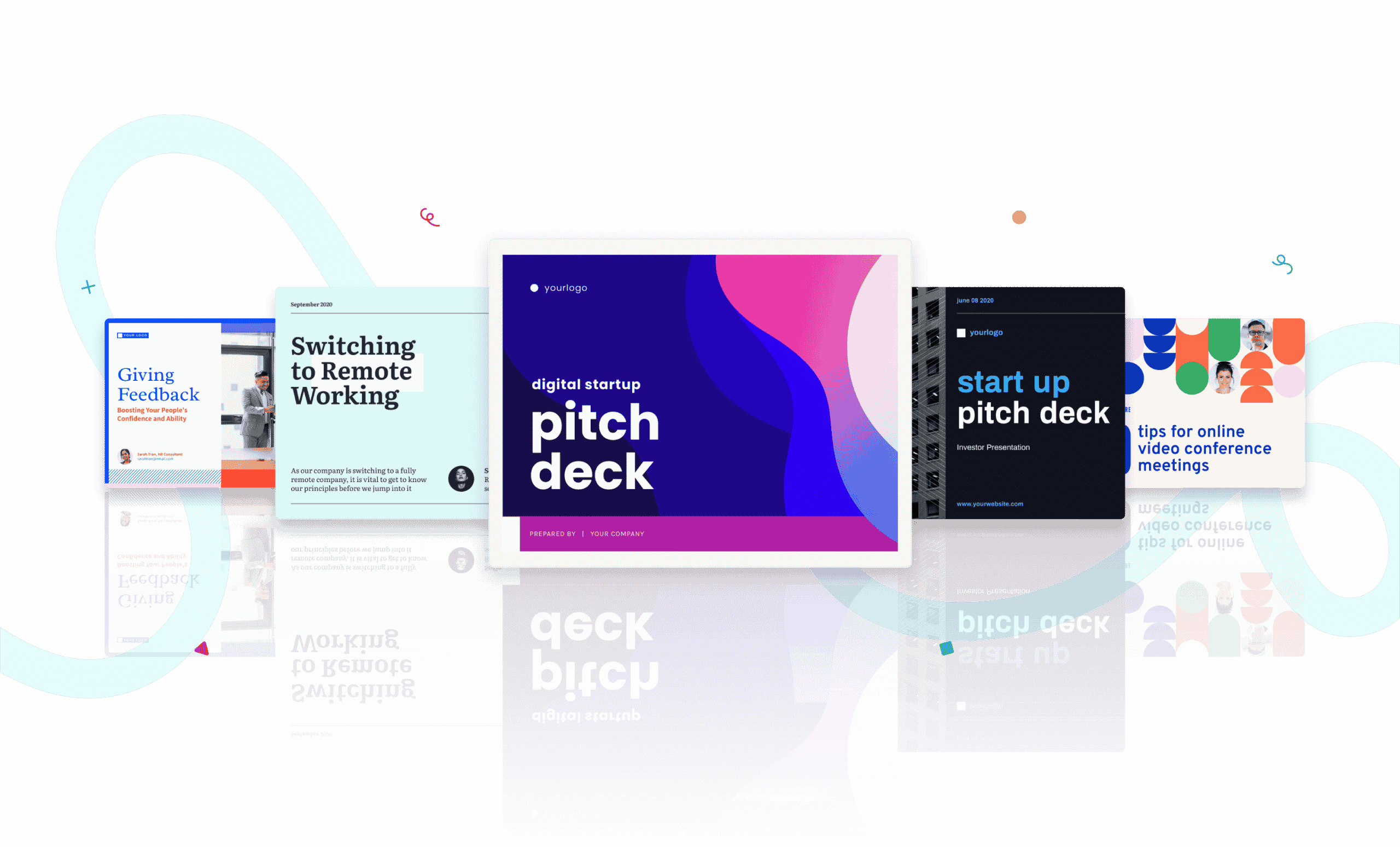 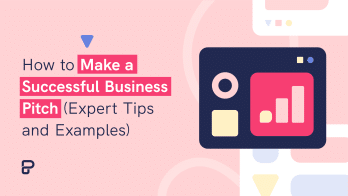 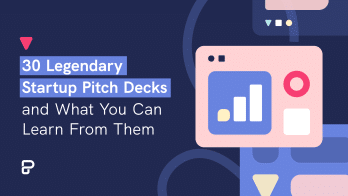 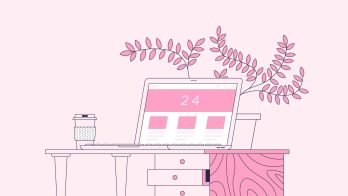