Hierarchy is an arrangement of items or elements in which the items are represented as being “above,” “below,” or “at the same level as” one another.

Design is not just about making something pretty. It’s about making something functional. It’s putting something together that the user can easily consume and understand. A huge part of that is the concept of hierarchy. Hierarchy, which comes from the Greek word ‘hierarchia’ or ‘rule of high priest’, is an arrangement of items or elements in which the items are represented as being “above,” “below,” or “at the same level as” one another.

In design, this concept is applied in the form of an arrangement or presentation of elements in a way that implies importance. By using color, contrast, texture, shape, position, orientation, and size, designers organize elements so that users get a sense of visual importance.

Let’s take a look at an example. Below you’ll find 15 perfect, red circles. When you see the image, your attention is directed to the group of circles rather than one particular circle. 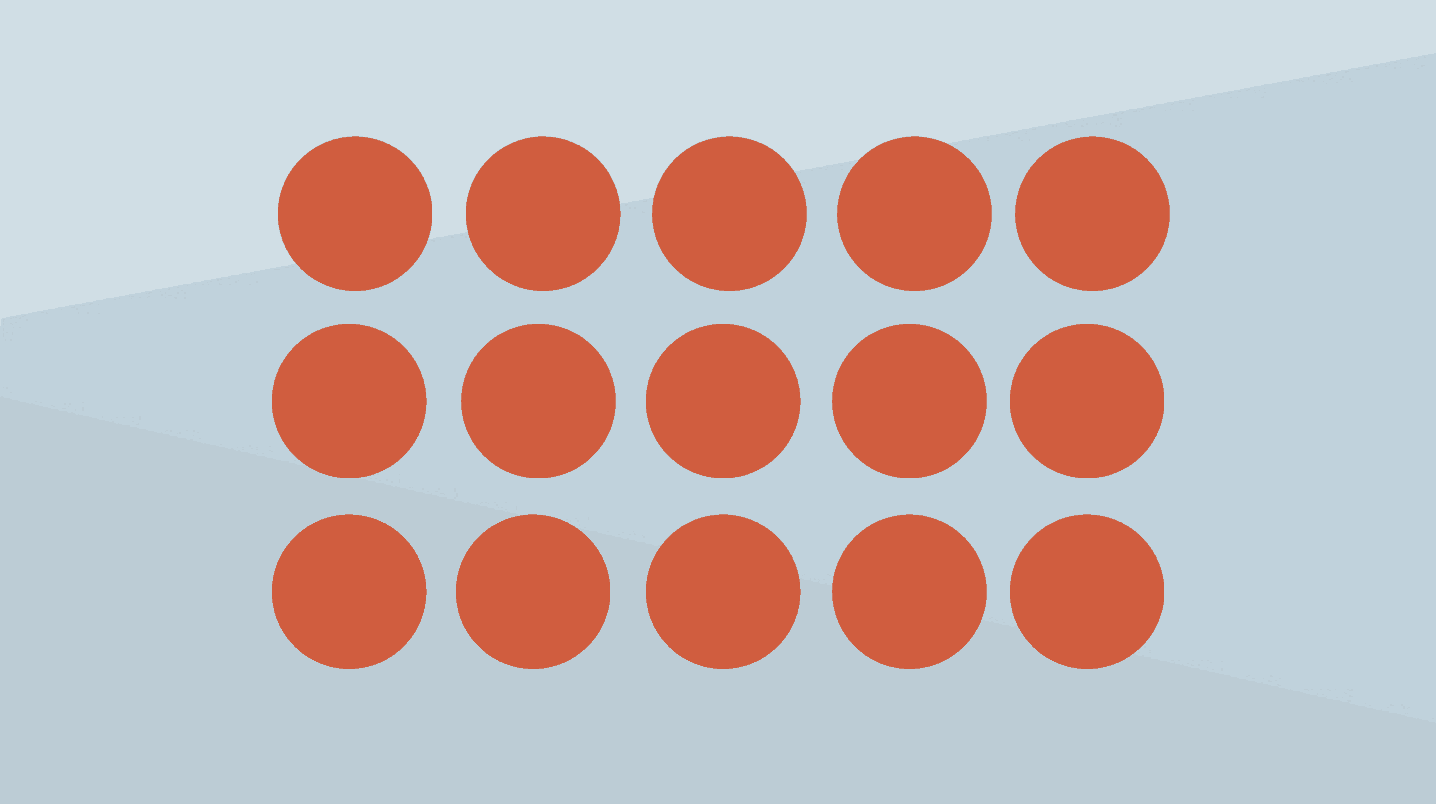 Now, let’s add a bit of color. When you see the group of circles, your attention immediately gravitates to the black circle on the middle left. That was intentional. By changing the color to black, your mind detects the difference. 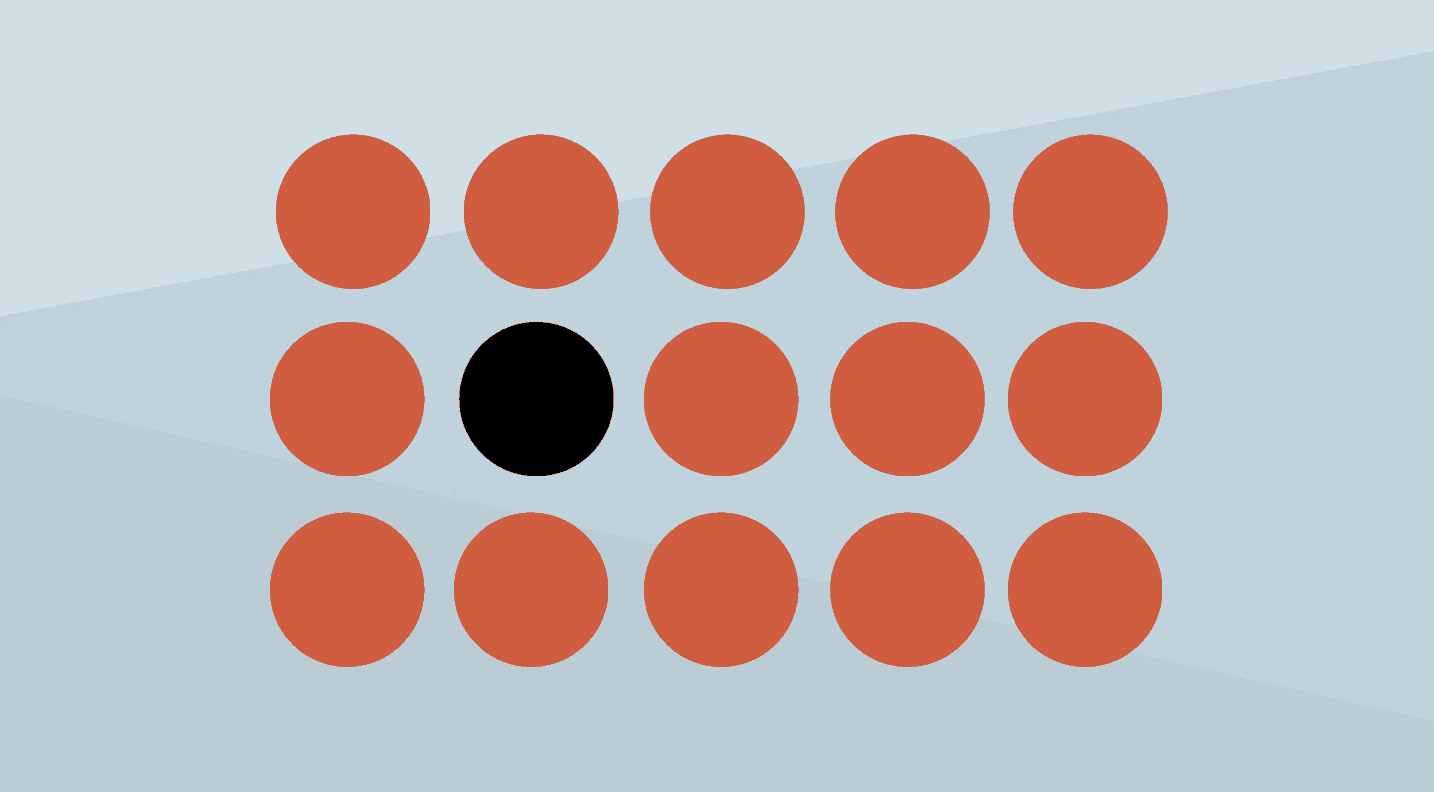 Why Is Hierarchy Important?

Hierarchy is only one of the tools on a designer’s tool belt, but it’s one of the most important. Having hierarchy in your design helps differentiate and prioritize visual elements and content so the human mind gets a sense of what’s more important and what needs to be consumed first.

The examples above are a great introduction, but design is not just about red circles. Let’s take a look at an excerpt  from a New York Times article.

The content is great. In fact, it’s fantastic. But there is something missing. The article is hard to read. There is nothing separating the title from the body, apart from the content itself.

There you go! By utilizing font size and color, we turned the excerpt into something that’s super easy to read. With visual hierarchy taking part in telling your story, you help the reader focus. Elements that stand out the most are usually at the top of the hierarchy; these are what your eyes gravitate towards first.

Therefore, you should utilize hierarchy as a narration tool by holding the hand of the reader and showing them how to consume the content. For example, text headers usually have bigger proportions when compared to body text or sub-headers.  This Increases the visibility of the text, landing it higher on the visual hierarchy.

See how your mind flows in the example above. Organizing text hierarchy in this way helps organize messages at a glance, and in turn can entice and direct readers to jump into the lengthier body text.

How To Display Hierarchy

Hierarchy can make a big difference in your design. It helps to prioritize your information because it acts as a reading/scanning guide for your reader. It improves the readability flow of your design as your audience is directed towards information they need to digest first.

People do not want to spend time trying to understand something; rather, it’s all about quick bite size information. With that said, Hierarchy can show how effectively you communicate the information through design.

All in all, a good balance between text hierarchy is what keeps a design clean and simple.  Normally for text, headers take the higher spot in the hierarchy and capture attention. They usually are bolder due to the use of a different typeface, or due to styling, and they are larger in size. They are usually followed by a subtitle, and each subsequent section is introduced by a smaller headline.

At a first glance, larger things generally grab the most attention. Therefore, a great tactic to move up an element the hierarchy is to make it bigger. Mike Suster exemplifies  this perfectly on his blog, Both Sides of The Table. 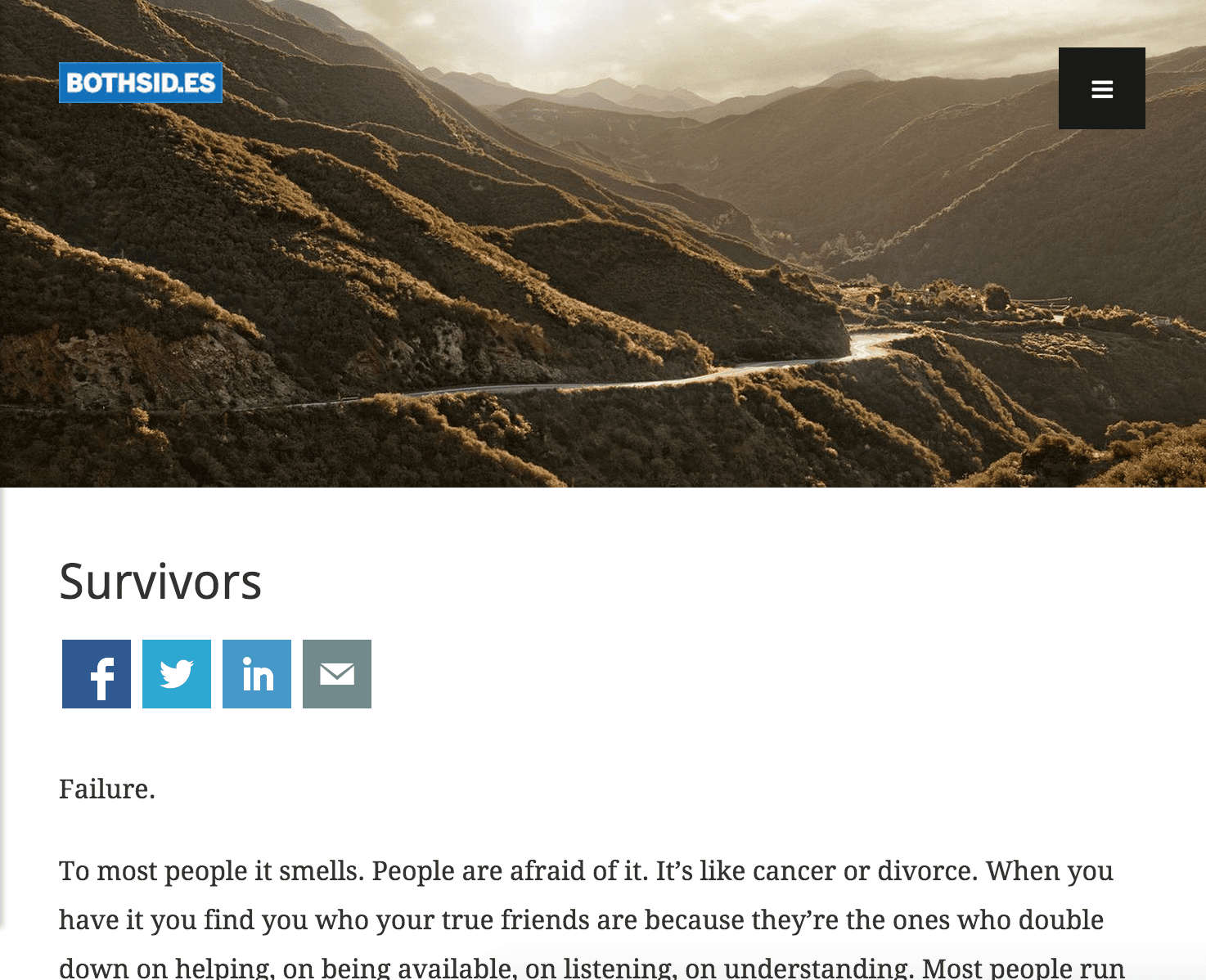 As you can observe, your attention immediately gravitates towards the image, and afterwards towards the embedded title. This is intentional, as the image generates a sense of importance, and then transports you to the headline, which is the first thing you need to read when consuming an article.

There is only one thing to keep in mind: although bigger means more important, it’s paramount to portray the correct and relevant message in order to hook the reader to the rest of the content. Hence, besides tweaking the size, make sure that the element is important, relevant, and helps narrate the visual message.

Through Whitespace and Alignment

It’s important to keep your infographic neat and consumable. Whether it’s the main headline or a blown-up icon you want to use to snag the attention of your readers, make sure there is sufficient white space around it and that it is well-aligned.

Position it in a way that can lead users to the next part of the design (again, the visual hierarchy theory applies).

The Best Examples Out There – Flyers

One of the best examples of  hierarchy being implemented in design is in promotional flyers, especially in event promotion. Designers are forced to apply hierarchy to perfection due to the informational nature and purpose of this type of flyer.

Imagine if all of the text were the same size as the header text. The audience would not know which information to digest first and mostly likely not be able to remember what’s being promoted. 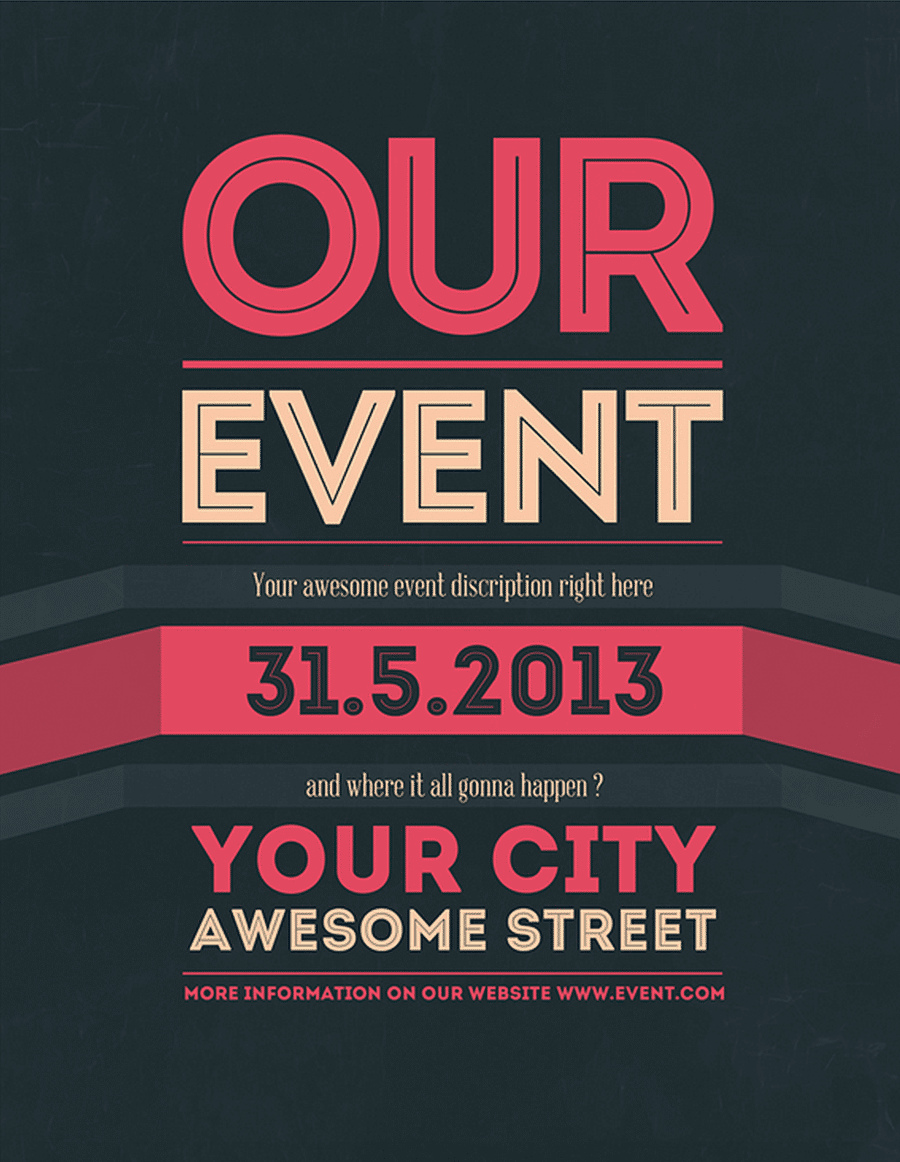 Are you excited to put your newly acquired knowledge into practice? Create a free account on Piktochart and select a template of your choice to get started right away. With Pro, you can also customize your own template, upload your own fonts and get unlimited visual downloads and projects!

This post is part of August’s Design Tip Series: 8 Insightful Posts That Will Help You Become A Creative Designer in Piktochart. Feel free to check it out! 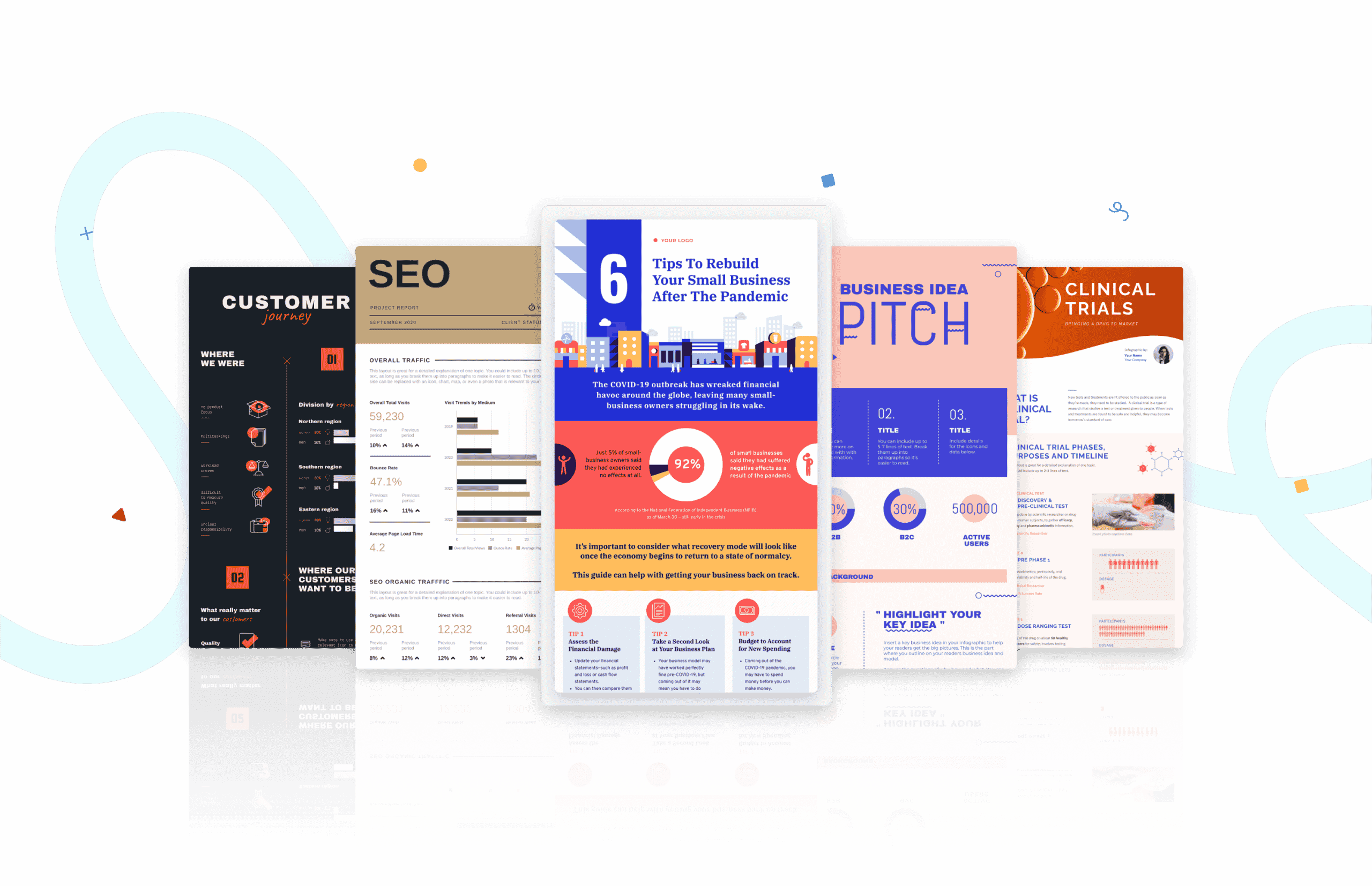 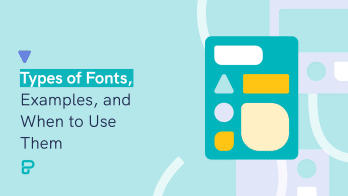 Types of Fonts, Examples, and When to Use Them 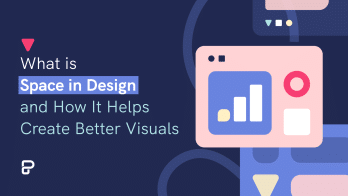 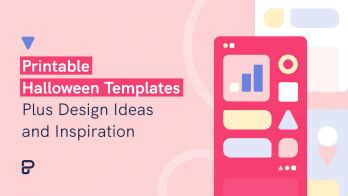